Yesterday, at the Biden EPA’s request, a federal judge vacated a Trump EPA rule that would have weakened the agency’s ability to protect our health. Hundreds of thousands of Americans and hundreds of scientists spoke out against it, and attorneys general for 14 states and six cities took action in opposition.

What was the “secret science” rule?

At the urging of polluting industries, the Trump EPA proposed and finalized a new rule to solve an imaginary problem—which they called “secret science.” This false narrative works in favor of those who profit most from science censorship and paints an inaccurate, bleak picture of scientists gathering data “behind closed doors.” It says that in order to “strengthen transparency,” the EPA should only use research if the public can see every last piece of underlying, raw data.

But here’s the reality: many important health studies rely on personal data, such as individual medical records, that can’t be made public—ethically or legally. Under the Trump administration’s plan, EPA staff would be forced to give those studies less weight or disregard them altogether.

And the more science that EPA would be forced to ignore, the harder it would be for EPA staff to take action to protect us all from toxic chemicals in our air, food, water, and household products. It could have had a disastrous effect on the agency’s ability to implement federal chemical policy.

Environmental and public health allies worked together to flood EPA with comments from Americans who are against censoring science. In the end, the agency received almost 1 million comments on the rule.

Scientists and physicians were among the most vocal opponents of the rule.

And attorneys general for 14 states and six cities requested that the process for finalizing the rule be delayed, given that many public health experts have been focused on the novel coronavirus.

But the Trump administration moved forward and finalized the rule a few weeks before leaving office.

Now, at the request of the Biden Administration, Judge Brian Morris, chief judge for the U.S. District Court for the District of Montana, Great Falls, has vacated the rule.

A big thank-you to everyone who supported our work on this issue by making your voices heard and donating your time and money! 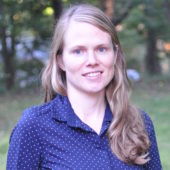