Chemicals that are persistent in the environment, bioaccumulate in people and/or wildlife, and are toxic are called PBTs. Because of these features, as long as they remain in commerce and may therefore be released into the environment, they will threaten the health of humans and wildlife. The nature of the risk will depend on their specific toxic properties, the size of the exposed population or ecosystem, and the extent and duration of exposure. But, because of their persistence and ability to bioaccumulate, once exposure levels are sufficient to cause adverse effects in humans, domestic animals, or wildlife, their impacts are not easily reversed.

Then, even if their production and use are discontinued, many years may pass before their concentrations have sufficiently declined so that they no longer pose risks. Because of this combination of properties, the government should take immediate action to phase PBTs out of commerce. In the environment, many chemicals are degraded by sunlight, destroyed through reactions with other environmental substances, or metabolized by naturally occurring bacteria. Some chemicals, however, have features than enable them to resist environmental degradation. They are classified as “persistent”and can accumulate in soil and aquatic environments.[1] Those that can evaporate into air (volatilize) or dissolve in water can migrate considerable distances from where they are released. Humans, domestic animals, and wildlife are more likely to be exposed to a chemical if it does not easily degrade or is dispersed widely in the environment. The structural characteristics that enable a chemical to persist in the environment can also help it to resist metabolic breakdown in people or wildlife. For example, synthetic chemicals that contain halogen atoms (particularly ﬂuorine, chlorine, or bromine) are often resistant to degradation in the environment or within organisms.

Metals, such as lead, mercury, and arsenic, are always persistent, since they are basic elements and cannot be further broken down and destroyed in the environment. Although this discussion will focus on synthetic organic chemicals the potential health effects of exposure to metals should not be overlooked.[2] For example, lead contamination of air, soil, or drinking water can ultimately result in significant exposures in fetuses, infants, and children, resulting in impaired brain development. Chemicals can have a variety of toxic properties, resulting in a diverse array of adverse health effects. According to the EPA, the toxicity rating of a potential PBT chemical is based on repeated exposures which result in human or environmental toxicity. Adverse impacts can include mutagenic damage to DNA, cancer, neurological toxicity, reproductive toxicity, developmental toxicity, or immune system damage, among others.

Many polychlorinated biphenyls (PCBs) are also PBTs. These chemicals were phased out of commerce in the late 1970s because they are persistent, bioaccumulative, and increase the risk of cancer. Since then, we have learned that PCBs also interfere with normal brain development in children. However, because they are persistent and bioaccumulative, most people in the US still have detectable levels of PCBs in their blood although levels are gradually declining. For many years, chemicals belonging to a family of brominated ﬂame retardants (BFRs) have been added to plastics, foam, and fabrics to impart ﬂame resistance. Unfortunately, they are not chemically bound to the material and have escaped into the general environment where they resist degradation and have entered the food chain, resulting in widespread exposure in virtually all people. Concentrations of several BFRs in blood and breast milk in people in the US are nearly 10 times higher than in Europe.

Animal studies show that certain BFRs known as polybrominated diphenyl ethers (PBDEs) can interfere with normal brain development and function, and can cause other adverse health effects. Recently, a scientific study conﬁrmed these ﬁndings in people. PBDE levels were measured in a large group of pregnant women during pregnancy and at the time of birth. Compared to the lowest exposure group, the children who were exposed to the highest levels of PBDEs prenatally performed worse on virtually every test of neurological function during the ﬁrst six years of their lives. Ongoing studies will be necessary to determine if these impacts are permanent, as they are in animal tests. Meanwhile, even if PBDEs were removed from commerce today and replaced with safer alternatives, their concentrations would fall very slowly since most are persistent and bioaccumulative, as well as toxic.

Many PFAS (per- and polyfluoroalkyl substances) are also PBTs. This is a diverse family of chemicals comprised of carbon chains of various lengths fully loaded with fluorine atoms. They have numerous uses. They impart stain and water resistance in carpets, fabrics, and other materials, create non-stick surfaces in cookware and are used as surfactants, and in hydraulic fluids, among other applications. PFAS are highly persistent in the environment and, according to studies conducted by the CDC, several PFAS are present in the blood of virtually everyone in the general population. They also bioaccumulate in people and wildlife. In animal studies, PFAS can cause developmental disorders, liver toxicity, immune system problems, and tumors. Studies in people are limited. Several show that higher levels of two PFAS correlate with higher cholesterol levels and a higher incidence of thyroid disease. (CDC) Additional human studies are underway. Because of ubiquitous exposures to PFAS, their persistence, ability to bioaccumulate, and toxicity, replacement with safer alternatives is urgently needed. 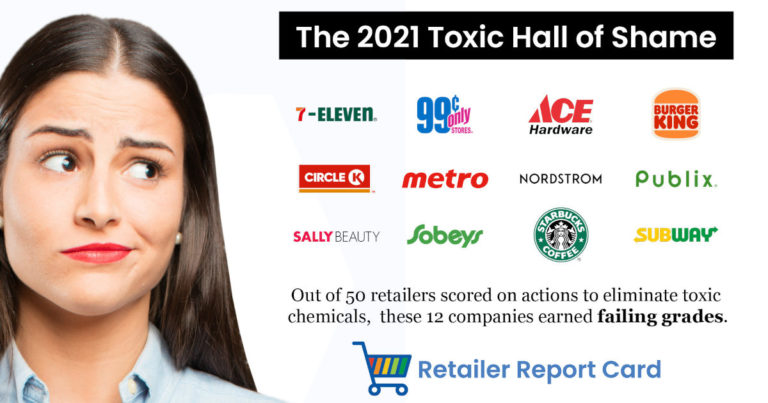