Toxic Convenience: The hidden costs of forever chemicals in stain- and water-resistant products

Our tests have found that manufacturers continue to use PFAS widely in apparel and home furnishings. At the same time, we found similar products made without the use of PFAS in each product category.

Surprisingly, the tests revealed widespread use not only of the newer PFAS whose use the chemical industry acknowledges, but also the older PFAS banned in some countries.

This continued use of PFAS has unfortunate implications for communities where PFAS are manufactured and/or applied to textiles, for children and adults living, learning, or working where PFAS-treated items are present, and for communities whose drinking water may be contaminated by landfills leaching PFAS from textiles.

How the Chemicals We Found May Harm Us

6:2 FTOH is the chemical we detected with the highest overall abundance (nearly 50% of detected PFAS) and was present in 37% of the products we sampled, at concentrations up to 2,300 parts per billion (ppb). This chemical is an expected breakdown product of the side-chain fluorinated polymers typically used as surface treatments and together with the detection of fluorine is an indication of the use of this type of polymer. After 6:2 FTOH detaches from the polymer, it in turn breaks down to form persistent PFAS including PFHxA and PFHpA. In 2020, U.S. Food and Drug Administration (FDA) scientists reviewed the toxicity of 6:2 FTOH. They described evidence from laboratory studies that 6:2 FTOH exposure results in effects including kidney and liver degeneration; impacts on thymus and spleen, key immune system organs; developmental effects including decreased survival of young and reduced growth during lactation; and indications of possible carcinogenicity. Shortly after the publication of this review, FDA announced industry’s voluntary withdrawal of food packaging treatments containing this chemical. As our testing shows, however, 6:2 FTOH is still widely present in surface treatments used on textiles.

Surprisingly, this older PFAS was also highly abundant, second only to 6:2 FTOH and detected in 33% of products and at concentrations up to 950 ppb. Its abundance indicates that many textile manufacturers have continued to rely on older PFAS banned in other countries and phased out by U.S. manufacturers. As a result, U.S. residents have continued exposure to 8:2 FTOH and its breakdown products, which include PFOA and PFNA. These compounds are well-established as toxic and bioaccumulative, with estimated half-lives in people of two to 10 years for PFOA and 2.5 to 4.3 years for PFNA. Potential toxic effects of PFOA include harm to the immune system, increased cholesterol, and cancer; and for PFNA, they include increased cholesterol and decreased antibody response to vaccines.

PFOA, PFHxA, PFBA and other persistent PFAS were found in 48% of the products. Detected in 28% of the products, PFOA was the most abundant persistent PFAS overall in terms of concentrations, followed by PFBA (12% of products) and PFHxA (37% of products). PFOA was present at a relatively high concentration in the pants we purchased at Walmart (29 ppb) and a tablecloth purchased at TJX (HomeGoods) (38 ppb). The new-generation compounds such as PFHxA and PFBA have not been as well-studied as PFOA, but laboratory studies found effects including developmental delays and litter loss (PFBA), stillborn offspring (PFHxA), kidney degeneration (PFHxA), damage to liver function (PFHxA), and effects on lipid metabolism (PFBA, PFHxA, and others). 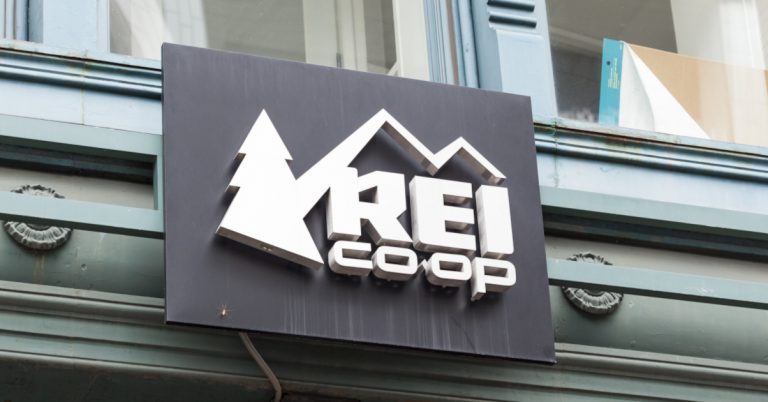