A few weeks ago, Walmart posted a major announcement on its website: the company and its suppliers have removed 37 million pounds of toxic chemicals from the products it sells!

In 2017, Walmart became the first retailer to set a goal to reduce its chemical footprint. Within five years, it committed to reduce the presence of “priority chemicals” in its formulated products by 10% from a 2017 baseline. The goal applies to both private-label and brand-name products sold by Walmart and Sam’s Club in the U.S., comprising over 140,000 SKUs in key product categories such as cosmetics, personal care, household cleaners, and formulated baby care products. Walmart’s list of “priority” chemicals is sourced from approximately 20 authoritative government chemical hazard lists which together include more than 2,700 inherently toxic chemicals.

On June 14, 2022, the company shared that it worked with suppliers to reduce harmful chemicals in products by 17% over three years, from its 2017 baseline through 2020, the most recent year for which data is available. That is equivalent to an impressive reduction of 37 million pounds of hazardous chemicals.

We congratulate Walmart’s leadership and sustainability staff on this important achievement.

Walmart’s initiative demonstrates the critically important role retailers can play in driving down the use of toxic chemicals in the products they make and sell and throughout global supply chains. We urge Walmart to now build on this success, expanding the scope of its chemical footprint reduction goal, and taking proactive steps to ensure that priority chemicals are replaced by safer alternatives.

The company posted the news on LinkedIn and its sustainability website, highlighting the substantive progress it has made over the last few years, which includes some other interesting metrics. For example, the “priority chemical weight as a percent of total formulated consumables weight” has decreased from 1.9% to 1.36%. While that may not seem like a lot, it is important, especially for chemicals such as carcinogens and endocrine disruptors that can be hazardous at very low levels. In addition, tracking priority chemical weight as a proportion of total formulated consumable weight helps provide a more complete assessment of Walmart’s progress against its chemical footprint reduction efforts as overall sales volume varies year over year.

Additionally, Walmart announced on its LinkedIn page it is: “also calling on our suppliers to take action, and collectively we’re making incredible strides. Reckitt is incorporating sustainable chemistry into their product design and has set a goal of achieving a 65% reduction in their chemical footprint by 2030.”

That shows how retailers like Walmart can work with major suppliers such as Reckitt to drive down the use of toxic chemicals. This is important, because reductions extend beyond Walmart’s shelves to those of other retailers selling the same products, creating a larger market impact.

By continuing to tackle toxic chemicals in its supply chain, Walmart can mitigate and get out in front of growing regulatory, reputational, legal, and financial risks associated with toxic chemicals, and meet the rising consumer demand for safe and healthy products and packaging.

Other retailers must join Walmart

Over the last six years, since we started benchmarking Walmart and other retailers, Walmart has consistently scored in the top tier of retailers in our annual Retailer Report Card. Once again, their progress should serve as a model and inspiration for competing retailers.

Just as companies are measuring and reducing  their carbon footprints, it is critically important that they measure and reduce their chemical footprints, that is, the use of toxic chemicals in products and packaging. Toxic chemicals are largely unregulated in products and packaging and result in considerable human and environmental exposure over the course of their production, use, and disposal.

A major challenge for retailers to measure their chemical footprint is gaining access to the chemical composition of the products they sell. Walmart has worked with its suppliers and a third-party platform to create a database for this purpose.

Other retailers could use this same model to measure and track their chemical footprints. For formulated products, in particular, many competing retailers already use the same or similar databases for regulatory compliance. We strongly encourage these retailers to build on the work of Walmart and its suppliers to use information already existing in databases to measure—then work to reduce—their chemical footprints.

The question now is: Will others join them in setting public, quantifiable goals to reduce their chemical footprints?

And will Walmart take the next step to set even bolder goals?

We can’t wait to see. 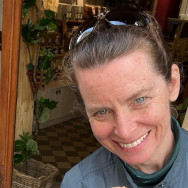